Dr. Bob Curran was born in a remote area of County Down, Northern Ireland, but left to travel and work in the United States, France, Italy, Mexico, North Africa, Spain, Holland, and parts of Eastern Europe. This has given him insight into the cultures and beliefs of people around the world. Living again in Northern Ireland, he holds several university degrees and acts as a consultant to such bodies as the Office of First, Deputy First Minister, and Tourism Ireland Ltd. He is author of many popular books on folklore such as Vampires; Werewolves; Man-Made Monsters; and Lost Lands, Forgotten Realms (all published by New Page Books). He can be found musing on drbobcurran.blogspot.com. 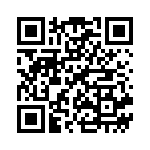