Pŕgina
After an introductory section which examines the dialectalisation of Latin in Gaul, the four central chapters of the book are constructed around the basic processes involved in standardisation as identified by E. Haugen: the selection ...
Pŕgina
The area of sociolinguistic research, which is to provide the central theme of this book, is macrolinguistic rather than microlinguistic in scope, namely the topic of language standardisation. The emergence of the great European ...
Pŕgina
Dialectes usually have greater dignity than patois, for they (allegedly) possess a written form and a higher level of standardisation. For many a French layperson, in fact, the patois are the lowest form of language life, associated as ...
Pŕgina
A case in point is provided by the central problem of language standardisation. Traditional histories carefully chart the stages whereby French passed from 'dialect' to 'standard' (under chapter headings like 'L'extension du français en ...
Pŕgina
... history of French not in terms which are ethnocentric (i.e. specifically French), but in a more generally applicable sociolinguistic framework, particularly that provided by recent work on the theory of language standardisation.
Següent »

R. Anthony Lodge is Professor of French Language and Linguistics at the University of St Andrews. He is the author of Le Livre des Manieres d'Etienne de Fougeres (1979), Le Plus Ancien Registre de comptes des Consuls de Montferrand (1985), French: From Dialect to Standard (1993), Exploring the French Language (With N. Armstrong, Y. Ellis and J. Shelton, 1997) and The Earliest Branches of the Roman de Renart (With K. Varty, 2001). 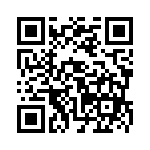