Dr Peter Gold is Principal Lecturer and Head of the School of European and International Area Studies at the University of the West of England, Bristol. He is the author of A Stone in Spain's Shoe: The Search for a Solution to the Problem of Gibraltar (1994) and Europe or Africa: A Contemporary Study of the Spanish North African Enclaves of Ceuta and Melilla (2000). 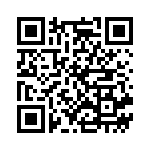