I did not know much about Wallis Simpson before reading this book. I had heard of her and what I heard was not at all flattering. I read a sample of the e-book and immediately could not put it down ... Leer reseńa completa

A good review of a much maligned woman who had the good fortune to marry the man that Elizabeth Lyon was desperate to marry. As Duchess of York she connive with Baldwin and Cosmo Lang to ensure the ... Leer reseńa completa 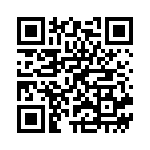