Richard M. Gibson earned a BS in 1965 and in 1966 an MA in history at San Jose State College, San Jose, California. As a Naval officer from 1966-71, he served aboard ships in the Gulf of Tonkin and taught history at the US Naval Academy, Annapolis, MD.
In 1971, Gibson joined the US Department of State as a Foreign Service Officer. His postings included Martinique, French West Indies, Burma and Japan. He speaks French, Thai, and Japanese fluently, and received the Department of States meritorious and superior honor awards.

Wen-hua Chen earned a BA in Chinese literature from Tunghai University, Taiwan and an MA in oriental history at Hiroshima University, Japan. Chen also studied at Taiwan’s prestigious Academia Sinica. In 1975, he began a career with the United Nations as a Chinese translator, working in both Bangkok, Thailand, and at UN Headquarters in New York. He retired in 2000 and has been pursuing various writing projects, publishing several works in Chinese language periodicals in Taiwan, Hong Kong, and the United Kingdom. 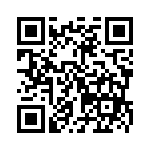