Pßgina 175
On the whole the eight members of the E.M.S. - West Germany , France , the Netherlands , Belgium , Denmark , Luxembourg , Italy and Ireland - must be quite relieved at Britain opting out . La politesse est bien faite .
Pßgina 450
Statistically , prices average out rather lower than in Britain , though they do not always seem so . Owing to high import duties , cars are much more expensive , and on cars over 2,000 c.c. the licence fee is set very high to put a ...
Pßgina 542
helped , and can only be countered by showing that an efficient , vigorous Britain can thrive in Europe as other countries have done . Let no one imagine , however , that cooperation , rather than confrontation , with the E.E.C. will be ... 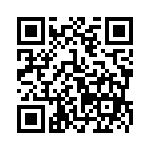