Harald Haarmann Ph.D., born in 1946, is a German linguist and cultural scientist living and working in Finland. He obtained his Ph.D. in Bonn (1970) and his Habilitation (qualification at professorship level) in Trier (1979). He has taught and conducted research at several German and Japanese universities, and is a member of the Research Centre on Multilingualism in Brussels. Since 2003, he has been Vice-President of the Institute of Archaeomythology (with headquarters in Sebastopol, California) in addition to being director of its European branch (based in Luumaki, Finland). Harald Haarmann is the author of more than 40 books in German, English, Spanish, Japanese, and Chinese. Among his awards are the «Prix Logos, 1999 (France), the «American Medal of Honor, 2002 (USA), and the «Plato Award, 2006 (UK). 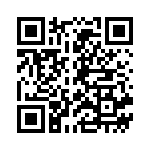