Página 406
had occasion to dip into the portmanteau - like reticule she always carried , and there found George . " Whatever have you got there ? " asked her host . " That , my dear , " said the imperturbable Mrs Campbell , " is George .
Página 407
I tried to establish a simple system of lingual communication , as one can with a dog , but normal human speech meant nothing to George . I did , however , manage to condition him to two sounds . The first was a short whistle when I ...
Página 514
His name was Sir George Cooper , who had married , I later learned , a wealthy American heiress . The only rather misty recollection I have of our then feudal squire is of seeing him , together with his wife , in his carriage and pair ... 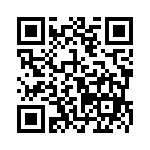