Spiritual author and teacher Eckhart Tolle was born in Germany on February 16, 1948. He lived in Spain and England before settling in Vancouver, Canada in 1995. He received his education at the Universities of London and Cambridge. Following several sustained periods of depression, at the age of 29 he experienced an enlightenment that dramatically changed the course of his life. His subsequent spiritual teachings have focused on awareness of the present moment, freedom from negativity, and the attainment of inner peace. He does not align himself with any specific religion or tradition. He has written numerous books including The Power of Now; A New Earth; Stillness Speaks; and Practicing the Power of Now. He is a public speaker who teaches and travels throughout the world. In January 2008, A New Earth was selected for Oprah Winfrey's book club. 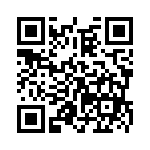