Yo Tomita is Professor of Musicology at Queen's University Belfast. His publications include essays in The Piano in Nineteenth-Century British Culture (ed. Therese Ellsworth and Susan Wollenberg, 2007) and The English Bach Awakening: Knowledge of J. S. Bach and his Music in England 1750-1830 (ed. Michael Kassler, 2004). His research focuses on Bach studies, manuscript studies, piano education, text-critical analysis using artificial intelligence techniques, and the development of computer software and tools for musicology.

Robin A. Leaver is Honorary Professor at Queen's University Belfast. Former president of the American Bach Society, he has written over twenty-five books, including 'Goostly psalmes and spirituall songes': English and Dutch Metrical Psalters from Coverdale to Utenhove, 1535-1566 (1991), Liturgy and Music: Lifetime Learning (with Joyce Ann Zimmerman, 1998) and Luther's Liturgical Music: Principles and Implications (2007). His current research involves several projects on Bach studies.

Jan Smaczny is Sir Hamilton Harty Professor of Music at Queen's University Belfast. He has wide-ranging research interests, particularly in relation to the impact of earlier music, including that of Bach, on composers of the Romantic era. Author of two books, The Daily Repertoire of the Prague Provisional Theatre (1994) and Dvorak's Cello Concerto (1999), he has contributed articles to a number of publications, including The Cambridge Mozart Encyclopedia (2006). His co-edited volume, Wagner and Dvorák, will be published in 2013. 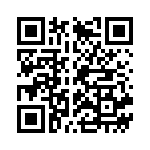