Raymond Loewy’s book was first published in 1951 when he and his group of industrial designers were at the pinnacle of their success. It is a combination autobiography, history of the evolution of a ... Leer reseńa completa

It's hilarious as well as being generally and timelessly informative. Leer reseńa completa

Raymond Loewy (1893–1986) was born in France and came to America in 1919. After dressing department store windows and illustrating fashion magazines, he established his own design firm in 1930 and worked as an industrial designer into his eighties. Glenn Porter is director of the Hagley Museum and Library in Wilmington, Delaware, and author of The Rise of Big Business, 1860-1920. 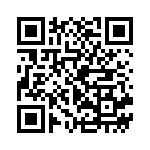