Dawkins' God is clear and comelling.

A very articulate and well argued riposte to Dawkins' science, from a scientist and theologian (yes, the same person). Leer reseńa completa

Alister McGrath is Professor of Historical Theology at Oxford University. He is a world-renowned theologian, with a strong research background in molecular biophysics, making him uniquely qualified to write this book. He is acclaimed as a highly lucid writer, capable of explaining difficult ideas to lay audiences, and is the author of numerous titles available through Blackwell Publishing including Theology: The Basics, A Brief History of Heaven, Christian Theology: An Introduction 3rd edition, The Christian Theology Reader 2nd edition, and Science and Religion: An Introduction. He is also the author of In the Beginning: The Story of the King James Bible, and The Re-enchantment of Nature. 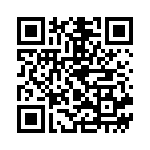