The great gift for lovers of ballet . Leer reseńa completa

George Balanchine is considered one of the major figures in twentieth-century ballet. Born in St. Petersburg of Georgian heritage in1983, Balanchine studied ballet at the school of the Imperial Theatre. His first piece was choreographed while he was still a student there. After graduating from the school, he studied at the Petrograd Conservatory and formed his own dance company. Balanchine's innovations troubled authorities, however, and he defected while on a European tour with the Soviet State Dancers. After his defection, he worked with Sergei Diaghilev in Paris and choreographed several ballets for Diaghilev's Russian Ballet, including a Pastorale (1925), The Trimph of Neptune (1926), and two of his masterpieces, Apollo (1928) and The Prodigal Son (1929). When Diaghilev died in 1929, Balanchine worked for various companies before forming Les Ballets Russe de Monte Carlo in 1932. Then, in 1934, he was invited to the United States, where he formed the School of American Ballet in New York City. Serenade (1934), the first ballet he choreographed in the United States, became the signature piece of the company. After World War II, the American Ballet Company disbanded, and Balanchine directed a small dance company known as the Ballet Society. In 1948 this small company became the New York City Ballet, and Balanchine became its guiding light. Under Balanchine's creative genius and leadership, the New York City Ballet emerged as one of the premier dance companies in the United States. He created nearly 100 works of great variety for the company, including Agon (1957), Stars and Stripes (1958), Symphony in C (1959), Theme and Variations (1960), Ballo della Regina (1978), Davidsbundlertanze (1980), and Mozartiana (1981). The company, along with its ballet school, the School of American Ballet, has been a vital force in American ballet, producing distinctive dancers and works. In 1993 the New York City Ballet presented a major retrospective of Balanchine's works. 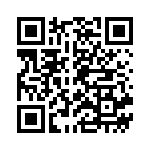