A fine, entertaining, scholarly study of one of the beloved (if, until now, little-understood) figures of American history—and of how he affected our image of ourselves.Mention the name "Buffalo Bill ... Leer reseńa completa

Joy S. Kasson, author of several books on American history, is a Professor of American studies and English at the University of North Carolina, Chapel Hill. She lives with her family in Chapel Hill. 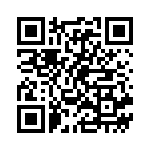