Robert Elgie is Senior Lecturer in Politics at the University of Nottingham. He has published widely in the field of French, European and comparative politics. His previous publications include The Role of the Prime Minister in France and Semi-Presidentialism in Europe.
Steven Griggs is Senior Lecturer in Public Policy at Staffordshire University. He has published widely in journals including West European Politics, Parliamentary Affairs and Modern and Contemporary France. 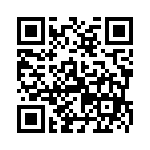