Gary Smith has coached men's basketball since 1965, including three years at the high school level and four as a college assistant. During thirty-six seasons at the University of Redlands (1971-2007) he was recognized as NAIA District III and Area 1 Coach of the Year (1976), NCAA Division III District 8 Coach of the Year (1985), California Basketball Magazine Division III Coach of the Year (1990) and D3 Hoops NCAA West Region Coach of the Year (2007). In 2007 he received the NABC Division III Outstanding Service Award in Leadership, the SCIAC Distinguished Service Award, and the NABC Guardians of the Game Pillar Award in Education. Coach Smith's teams hold sixteen NCAA records, with his 2004-05 squad becoming the highest scoring team in basketball history, the first at any level of basketball to average over 130 points per game. Since leaving Redlands he served one year as an assistant at Grinnell College and has consulted for several teams in the United States and in Germany. He is a 1964 graduate of the University of Redlands with a master's degree in education. Gary lives in Davis, California where his wife Carol, daughter Karen, husband Jay and grandson Max also reside, with frequent trips to Iowa to visit his older daughter Christy, her husband Mike and grandson Ian. Doug Porter has coached women's basketball since 1977, including nine years as a junior high and high school varsity coach. He began his college career with assistant coaching stints at Wheaton College from 1986-89, and at West Texas A&M University from 1991-94. In 1994 he became head coach at Aurora University where his first team advanced to the NCAA Division III Sweet Sixteen. Since 1998 he has been head women's basketball coach at Olivet Nazarene University in Bourbonnais, Illinois. In fourteen years at Aurora and Olivet, Porter has been NIIC or CCAC Conference Coach of the Year six times, and was named an IBCA Coach of the Year in 1995, 2000, 2001, 2008, and 2011. His teams at Olivet hold sixteen NAIA records and in 2007-08 tied the women's college basketball all-time single season scoring record by averaging 104.1 points, while forcing 35 turnovers per game. He is a 1977 graduate of Wheaton College, and holds a master's degree in Physical Education with a Sport Psychology emphasis from the University of North Texas. Doug lives in Bourbonnais with his wife Pam, an elementary school teacher, and their cats Jabez and Jimmy, who are currently unemployed. 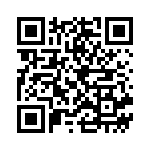