Página 131
There are five classes of molluscs , of which Some of the most important points in
the only three , the bivalves , the snails ... Perhaps their most bizarre sufficient
importance to mention here . feature , in vivid contrast to the scheme of the The ...
Página 176
True , if a yeast cell is supplied evil they do . with oxygen it will breathe , taking in
the There is , however , a group of organisms , oxygen and giving out carbon
dioxide just the yeasts , which play an important part in as we do . But if it is
denied ...
Página 288
But these differences too , when the is often asked , “ Which is the more important
, same accurate methods are applied to them , environment or heredity ? ” . And
he can reveal themselves as non - inheritable . never answer the question ... 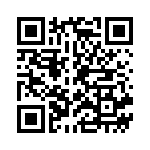