Maciej Lewenstein has been an ICREA professor at the Institut de Cičncies Fotňniques in Castelldefels since 2005 where he leads the quantum optics theory group. In 2007 he won the Humbolt research award, Germany. In 2008 he obtained the Advance Research Grant from the European Community and in 2010 he won the first Harmburger Prize for his contributions in theoretical physics. His interests range from traditional quantum optics through to physics of cold gases and quantum information to physics of ultra intense laser fields. Anna Sanpera has been an ICREA professor in the newly formed group of Quantum Information and Quantum Phenomena at the Universitat Autňnoma of Barcelona, Spain, since 2005. She is currently working on quantum information theory, physics ultra-cold gases and the interface between quantum theory and condensed matter. She is also interested in the connection between quantum mechanics and biology. Verňnica Ahufinger obtained an ICREA researcher position in 2005 and moved to the Universitat Autňnoma of Barcelona. Since 2010 she has been a professor at the Universitat Autňnoma of Barcelona. She is interested in the interplay between the physics of ultracold atoms, quantum optics and condensed matter. 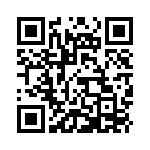