Página 51
Here was a customs officer , small , saturnine and rather grimy , who spoke English that was almost incomprehensible , but better than no English at all . He went to a certain amount of trouble , linguistically anyhow , to explain to us ...
Página 116
One spring day an officer who should have known better gave Bowman a secret file in a sealed envelope and told him to take it to the armament officer . The minutesheet simply said , ' April 1st , keep him moving .
Página 344
In front of the troops an African officer in bush hat , Sam Browne , khaki jacket and shorts , long black puttees , and boots , flashed a sword . Mystified , I got out of my Land - Rover . " D. Company , -th Battalion , The Gold Coast ... 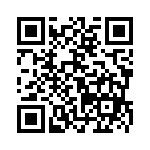