Página 5
... about the eighteen - forties , this , as well as caricatures , can be used as a
check . The immense value of Punch and similar journals ( although there is no
quite similar journal ) is that the artists employed really do depict people as they
are .
Página 133
The corset , in other words , had risen so far that it was provided with shoulder -
straps , an invention with a purpose similar to that of the reinforced bust bodice ,
or American bodice , which " entirely supersedes the old style of camisole , gives
...
Página 148
Except for the shoulder - straps , the effect gained was somewhat similar to that of
the eighteenforties , the top of the body emerging , as it were , from a complicated
wrapping . Dinner dresses , however , as opposed to ball dresses , continued ... 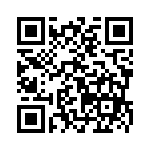