Wilder was born near Pepin, Wisconsin; attended school in DeSmet, South Dakota; and became a teacher before she was 16, teaching for seven years in Dakota Territory schools. She and her husband, Almanzo Wilder, farmed near DeSmet for about nine years and then moved to Mansfield, Missouri, where they lived out the rest of their days. Wilder did not write her first book, Little House in the Big Woods, about her early years in Wisconsin, until late in life, on the urging of her daughter, Rose Wilder Lane. It was first published in 1932. She followed this with Farmer Boy (1933), a book about her husband's childhood in New York State. She then completed a series of books about her life as she and her family moved westward along the frontier. Little House on the Prairie (1935) records the family's move to Kansas. On the Banks of Plum Creek (1937) describes the family's move to Minnesota. By the Shores of Silver Lake (1939) records the family's move to South Dakota, as do the final three books in the series: The Long Winter, Little Town on the Prairie (1941), and These Happy Golden Years (1943), which ends with her marriage to Almanzo Wilder. Three of Wilder's books were published posthumously: On the Way Home, a diary of her trip to Mansfield; The First Four Years, an unfinished book about her first four years of marriage; and West from Home, letters she wrote on a visit to her daughter in San Francisco, none of them up to the quality of her earlier books. At her best, Wilder employs a clear, simple style, a wealth of fascinating detail, and a straightforward narrative style. Her tales of a strong, traditional frontier family that endures the hardships of the late eighteenth century are seen through the eyes of a child, which endears them to young readers. Her work is possibly the best example of historical realistic fiction for children. 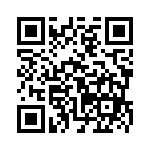