David Owen (Lord Owen) is Chancellor of the University of Liverpool and sits as a crossbencher in the House of Lords. He was the British Foreign Secretary under Prime Minister James Callaghan from 1977 to 1979. He co-founded the Social Democratic Party in 1981 and led it from 1983 to 1990. As EU negotiator, he collaborated with Cyrus Vance, former US Secretary of State, to put forward the Vance-Owen Peace Plan for Bosnia in 1993. Before entering politics, he practiced as a clinical neurologist and psychiatrist at St. Thomas's Hospital in London. Lord Owen was Minister of State for Health from 1974 to 1976. He is a Fellow of the Royal College of Physicians and sits on the board of Abbott Laboratories. He is the author of eleven books, including The Hubris Syndrome: Bush, Blair and the Intoxication of Power, In Sickness and in Health: The Politics of Medicine, Face the Future (Praeger Publishers), and A Future That Will Work (Praeger Publishers). 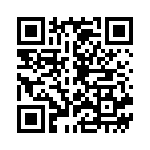