Pßgina 79
In Russian, in which stress is independent of word boundaries, the distribution of
word boundaries, or phrasing, serves as the principle of rhythmic variation,
whereas in Czech variation between the lines is introduced by the skillful
alternation ...
Pßgina 181
If rhythmic forms and the rhythmic impact are influenced by the feeling of a
general ethos or tone, we can detect the choice of words, syntactic patterns, and
thematic elements which shaped it. Moreover, there are mutual interrelations of ...
Pßgina 187
As implied from Gestalt psychology, the organization of perceptibly similar
elements into groups, similar groups into higher groups, and so forth, is a major
tendency of human perception. The rhythmic organization of a poem does not
provide ... 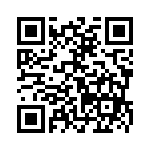