Pßgina 58
After a few crouching steps I suddenly spun round and , taking ignominiously to my heels , did not stop until I reached the road . ' Hit eight times , ' said the man in Nairobi , and still coming . He's got guts all right , the old buff ...
Pßgina 457
The rain was by this time coming down with greater intensity than before , and the noise drowned , until the last moment , the roar of another wall of water coming down the wadi . As it hit the nose of Egmont , the carrier swung to the ...
Pßgina 557
that direction , at first I thought it to be some cattle coming in for water . The small cloud of dust came slowly nearer , and I saw that there were two moving objects , one smaller than the other - a cow and a calf , I thought . 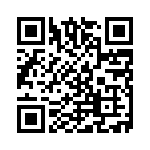