PÃgina 69
The ordinary work people , called peons , are , on the whole , handsome , but small , idle , and ignorant . There are a few blacks , descendants of slaves emancipated in 1854 , but the majority , from intermarriage with the peons ...
PÃgina 306
The pearl is , in fact , nothing more than a pellet , varying in size , , composed of the same shining , hard , calcareous matter , called nacre or mother - of - pearl , which lines the shells of many molluscs , espe . cially those of ...
PÃgina 307
The third sort of shell produces pearls of extreme whiteness , called “ darra or “ dora in Arabic , which seems to be a general term applied to all kinds of pearls in Scripture , whereas the " peninim " is one in particular . 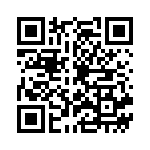