Celia Applegate is William R. Kenan, Jr. Chair of History and Professor of History at Vanderbilt University. She is the author of A Nation of Provincials: The German Idea of Heimat and coeditor of Music and German National Identity. 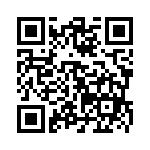