Robert McRuer is Professor of English at George Washington University. He is the author of Crip Theory: Cultural Signs of Queerness and Disability and The Queer Renaissance: Contemporary American Literature and the Reinvention of Lesbian and Gay Identities (both also available from NYU Press). With Anna Mollow, he co-edited the anthology Sex and Disability.

Michael Bérubé is Edwin Erle Sparks Professor of Literature and Director of the Institute for the Arts and Humanities at Penn State University. In 2012, he served as the President of the Modern Language Association. He is the author of several books, including Employment of English: Theory, Jobs, and the Future of Literary Studies (NYU Press, 1997), The Left at War (NYU Press, 2009), What’s Liberal About the Liberal Arts?: Classroom Politics and “ Bias” in Higher Education (2006), and Life as We Know It: A Father, A Family, and an Exceptional Child (1996). 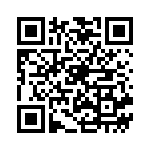