Página 63
Thus , he says , with regard to epilepsy , “ it appears to me to be in no wise more divine or more sacred than other diseases , but has a natural cause from which it originates , like other affections . Men regard its nature and cause ...
Página 90
For whilst I , having Cicero on my side , who called war a thing for beasts ( beluarum ) , regard it as brutal and idiotic , my critic , at the risk , he fears , of being thought by me a brutal or interested ruffian , regards it as " a ...
Página 390
This suspicion is fully confirmed by the fact that , while a superstitious regard for the redbreast is impressed on the popular mind over a great part of Europe , this legend is found as a popular tradition only in Brittany . 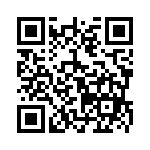