Thomas Merton, a Trappist monk, is perhaps the foremost spiritual thinker of the twentiethcentury. His diaries, social commentary, and spiritual writings continue to be widely read after his untimely death in 1968. 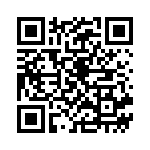