Scott Adams, Cartoonist Scott Adams was born and raised in Windham, New York in the Catskill Mountains. He received a B.A. in economics from Hartwick College, Oneonta, NY and an MBA from the University of California, Berkeley. He is also a certified hypnotist. Adams worked in a bank for eight years and, while a bank teller, was robbed twice at gunpoint. He also worked for Pacific Bell for nine years and describes both jobs as "humiliating and low paying jobs." It was during this time, that Adams created the character Dilbert. He was entertaining himself during meetings by drawing insulting cartoons of his co-workers and bosses. In 1988, he mailed some sample comic strips featuring Dilbert to some major cartoon syndicates. He was offered a contract and Dilbert was launched in approximately fifty papers in 1989. Adams began working on Dilbert full time as well as speaking, writing, doing interviews, and designing artwork for licensed products. Dilbert is published in over 1,200 newspapers and has a hard cover business book called "The Dilbert Principle. 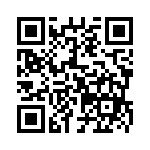