Pßgina 141
Hiftorical Chronicle , March 1763 . ... are affembling in a great body , and are now in full march to enter that province , where it is expected they will carry fire and fword , if fome ' means be not speedily found out to pacify them .
Pßgina 167
A This point being gained , Hadjee undertook to engage his brother to march against the Subah with all his force ; and Jagutfeat , Martabruy and Allum . chand , whofe principal view was revenge , agreed , that Allyvherde , if he de- ...
Pßgina 288
The number of families propofed B. to form the fettlement are 4000 , who are to march in two divisions , and are to compofe two cities or towns , for the more convenience of laying out the land round each : They will be Jaid out upon ... 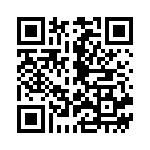