Página 483
I had been rehearsing a part of the first chapter of the Rose - Garden of Saadi , the mystical poet of Persia , and my new friend was evidently a student of this literature . His name was Akhund Mirza , he told me , from a family of ...
Página 489
His underit , told him my name and mentioned ground pipeline into Saudi - Arabia that I knew the good Akhund , the dated , it seemed , from the days of holy man , and had recently stayed the pilgrim tax , when the Wahabis with him .
Página 492
In a mixture of Arabic and Persian ( the latter being his mother tongue ) I told him that I was a friend of Akhund Mirza , that I brought his salutations , and that I sought somewhere to stay . Without hesitation , he led me to a room ... 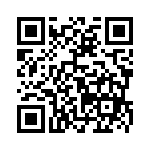