I found this book in the gutter beside my car. I felt maybe it was fate that put it there, but if so, it was not only to reinforce my belief that I am not meant to find love ever again, but also to ... Leer rese±a completa

Hot relationships: how to have one

Cox, an Australian sex and relationships journalist and the author of Hot Sex (LJ 4/15/99), targets all stages of every erotosexual relationship: looking for a partner, dating, living together, and ... Leer rese±a completa

Tracey Cox is well-known for her TV shows on sex and relationships, including The Sex Inspectors (Ch4 and HBO in the US), Would Like to Meet (BBC2), Under One Roof (ITV) and Date Patrol (Discovery in the US). A former editor of Cosmopolitan and radio show host, Tracey has appeared on Oprah, CNN and The Today Show in the US, as well as numerous prime-time UK chat shows. She has an academic background in psychology and has counselled via the media for more than 15 years. She's sold well over a million books, six of which are also international bestsellers.

Her first book, Hot Sex: How to Do It, was an instant worldwide success and is now available in 140 countries and translated into more than 20 languages. Other titles include supersex, superdate, superflirt, Hot Relationships, The Sex Inspector's Masterclass, quickies and superhotsex.. Tracey is UK Glamour magazine's relationships coach and has a weekly column in Closer magazine as well as contributing to a variety of other publications. Tracey is also resident 'sexpert' for ivillage.com and has her own range of sex toys and products. 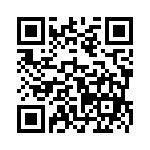