Pßgina 316
John Bodenham , a publisher , issued ' Politeuphuia : Wit's Common - question goes , as I gave it , through Judith's wealth , ' 8vo . , 1598 , in which Nicholas Ling , a second marriage with Baldwin . I may add that printer , signs an ...
Pßgina 359
Other editions have been issued in Paris , that followed in the main by Mr. Bourdillon being the second edition of Suchier , Paderborn , 1881. In a beautiful and convenient little volume , fit to be slipped into the pocket , but too ...
Pßgina 380
CASSELL have issued Part I , of the Woman's World , an illustrated magazine . It opens with an account of the recent pastoral plays at Combe House , of which some agreeable views are given . 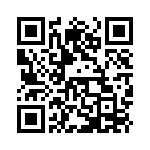