Strains the imagination upon occasion. Enjoyed the relationships between the primary characters. The initial graffiti scenario almost caused me to give up , but I plodded on to the end Leer reseńa completa

Though I congratulate the author on not being a credulous fool with regard to American retroactive-murder-prosecution conspiracy theories, and though he clearly has interest in and has researched the ... Leer reseńa completa

Enrique Joven holds a doctorate in physics. Since 1991, he has resided in Tenerife on the Canary Islands, where he works as a senior engineer at the Instituto de Astrofisica de Canarias. He writes regularly for various media outlets on subjects ranging from science and new technologies to the Internet. The Book of God & Physics has been translated into eight languages. 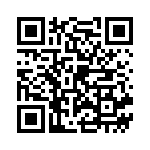