Página 346
Roughly speaking , the modern boundaries of Thorney Island are equivalent to Great College Street , across Dean's Yard , and the Sanctuary , through Princes Street , Delahay Street , down Gardener's Lane , across Whitehall into Cannon ...
Página 359
The Gentleman's Magazine of 1799 tells us that on May 7 " Mr. John Churchill , brother to the Satirist , died at his house in Abingdon Street . ” At No. 24 died , aged seventy - seven , in 1834 , Thomas Telford , the civil engineer who ...
Página 362
The Workhouse of St. Margaret's Parish was situated in Dean Street , which is now included in Great Smith Street ; it stood behind where the houses at the south - east end of Victoria Street are now erected . 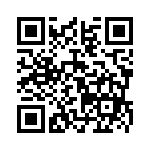