In this excellent book, the author shows the quasi-religious nature of neo-liberal economics with its dogmatic refusal to consider obvious reasons for the U.S.A.´s economic problems. Towards the end ... Leer reseńa completa

JEFF FAUX is the founding president of and a distinguished fellow at the Economic Policy Institute. He's long written about the global economy for The American Prospect and The Nation. He is the author or coauthor of five books, including The Global Class War. 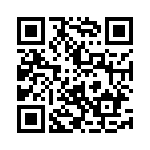