Avi Shlaim was born in Baghdad in 1945, grew up in Israel, and studied at Cambridge University and the London School of Economics. He is a Fellow of St. Anthony's College and a professor of international relations at the University of Oxford. He was elected a Fellow of the British Academy in 2006. His books includeCollusion Across the Jordan: King Abdullah, the Zionist Movement, and the Partition of Palestine(winner of the Political Studies Association’s 1988 WJM Mackenzie Prize);The Politics of Partition;War and Peace in the Middle East: A Concise History;andThe Iron Wall: Israel and the Arab World.He lives in Oxford. 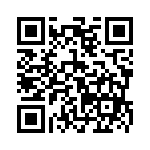