The contemporary philosopher of history Webster Griffin Tarpley became widely known for his best-selling George Bush: The Unauthorized Biography (1992), the first book to detail the role of the Bush dynasty in supporting the Nazis. Tarpley graduated from Princeton in 1966 with an AB degree summa cum laude and Phi Beta Kappa, followed by a Fulbright Scholarship at the University of Turin, Italy. He received his MA in humanities from Skidmore College in 1999; and a Ph.D. with a dissertation on Paolo Sarpi, His Networks, Venice, and the Coming of the Thirty Years' War.A veteran adversary of international terrorism, he directed the 1978 study commissioned by a former member of the Italian government entitled Chi ha ucciso Aldo Moro? (Who Killed Aldo Moro?), which accused NATO intelligence. He was among the earliest to denounce the Obama coup of 2008, publishing Obama: The Postmodern Coup (April 2008) and Barack H. Obama: The Unauthorized Biography (August 2008). 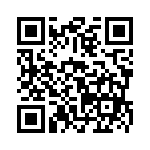