PÃgina 58
the populace , Arnault says , were not favourable to the ÕmigrÕs , whether as deeming them , despite their flight , all Jacobins , or whether that they ought to be at home fighting the latter , does not appear .
PÃgina 327
The Norwood blazon , “ Ermine , a cross gules engrailed , " old as the “ Roll of Acre , " appears to have been adopted , disposed ... Submerged in the changes of the fifteenth century , Kentish Norwoods appear no more in high places .
PÃgina 333
King , enforced the oath of supremacy , and banished some Independents - the varied uses of his long life appear to have ... A pamphlet , “ Truth gloriously appearing , " by White , in reply to some writings of Norwood's , contains a ... 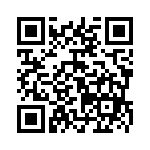