The Oxford book of the American South: testimony, memory, and fiction

Ayers (history, Univ. of Virginia) and Mittendorf, a writer and political consultant, here delve into both Southern fiction and nonfiction, trying to create a unified book rather than a series of ... Leer reseńa completa

Edward L. Ayers teaches the history and culture of the American South at the University of Virginia. He is the author of the prize-winning The Promise of the New South.

Bradley C. Mittendorf is a writer and political consultant in Baton Rouge, Louisiana. 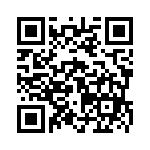