Página 40
Spain , from having no ally , came to have many ; some more , some less to be depended on ; none to be feared . From having a multitude of disputes , she came to have none , except with us . We , on the other hand , from having none of ...
Página 254
A sensible person will relax his bodily efforts and be contented with less exercise than he required in earlier life ; gradually dissociate yourself from , but do not wholly banish , the favourite amusements of manhood — such seems the ...
Página 534
Defoe does not , however , allow a violent quarrel to occur , as a less clever writer might have done . It is very rarely that friendship , unless it be in a book , is suddenly broken by an outburst of anger . 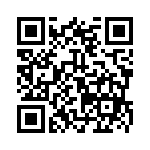