PÃgina 18
Mr. URBAN , pences of his funeral , buried him in his own church , and erected a monument to his memory , with an infcription , of which the following is all that my friend could remember . Imperfect as it is , I will beg the favour of ...
PÃgina 130
330 Mr. URBAN , has been known to enced farmers , that taking away fmall ftones and flints is detrimental to ploughed lands in general ; but more particularly fo to thin apled light lands , and to all lands of a binding nature .
PÃgina 132
Mr. URBAN , f Cambridge . THE late refufal of a young gentleman of Peterhouse , to fubfcribe the substituted bona fide declaration , inftead of the three articles in the 36th canon , for his degree of Bachelor of Arts , has been the ... 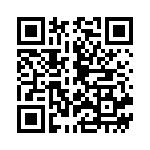