Diego Garzia is Jean Monnet postdoctoral fellow at the European University Institute, Florence. Previously, he studied at the Universities of Rome (Sapienza), Leiden, Siena and Oxford. His areas of expertise include comparative political behaviour, parties and elections in Western Europe. He has authored numerous publications and professional reports including articles in journals such as Electoral Studies, Political Psychology, Party Politics, Political Research Quarterly and West European Politics. He is co-editor (with Lorella Cedroni) of Voting Advice Applications in Europe: The State of the Art – the first comparative volume ever devoted to VAAs.

Stefan Marschall is a full professor of political science and Chair of German Politics at the Department of Social Sciences, Heinrich-Heine University, Düsseldorf. Before moving to Düsseldorf in 2010, he was full professor of political science at the University of Siegen. Stefan Marschall is a specialist on the political system of Germany, political communication online, and comparative as well as transnational parliamentarism. He has published textbooks on Germany’s political system and on parliamentarism, as well as numerous journal articles and book chapters about online political communication and parliamentary affairs. 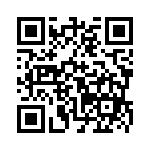