James Farmer is the Chief Technical Officer and Executive Vice President of Quality at ANTEC. A respected industry expert and communicator, Jim is widely published and is active in the National Cable Television Association (NCTA), the Society of Cable Television Engineers (SCTE), and the Institute of Electrical and Electronic Engineers (IEEE), among others. 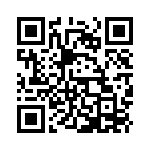