Gene Simmons was born in Israel in 1949; eight years later he arrived in New York City unable to speak a word of English. He played in a number of rock bands before co-founding the best rock and roll band of the 1970s: KISS. Over the successive decades, he has proved himself as one of the world's best bassists. He lives with his partner and two children in Los Angeles. 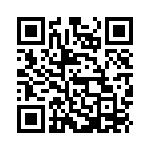