In this revision of the 2002 edition, Abdullaev (From Xingjiang to Khurasan) and Akbarzadeh (Muslim Communities in Australia) have expanded the scope to incorporate political, economic, and cultural ... Leer reseńa completa

Kamoludin Abdullaev is an independent historian from Dushanbe, Tajikistan. From 2001 to 2009, as a visiting professor, Dr. Abdullaev regularly taught modern Central Asian subjects from multidisciplinary perspectives at Yale University, Allegheny College, and the Ohio State University. He has written and edited eight books in English and Russian. In addition, he published over 50 articles in English, Russian, Tajik, and translated into French, and Japanese. Shahram Akbarzadeh is deputy director of the National Centre of Excellence for Islamic Studies at the University of Melbourne, Australia. His research interests include the politics of Islam in the Middle East and Australia, U.S. policy towards the Middle East, and Central Asian politics. 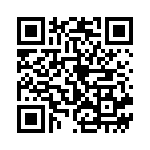