Página 104
He , however , could not help remarking , that befides the omiffion of the word Ireland in the English bill , the preamble was left out in the Irith bill , because the words , " whereas it is illeequal , a moment is fufficient to decide ...
Página 258
This day the Lord Advocate moved in the H. of C. for leave to bring in a bill to inflict pains and penalties on fir Thomas Rumbold , bart . John Whitehill , and Peter Perring , efqrs . for , their mal - practices in India , which was ...
Página 629
ployed in collecting the revenues , who to a man rejoiced at the prefent bill , as they were every moment liable to be turned out of employment if they dared to have an opinion of their own in matters of election . 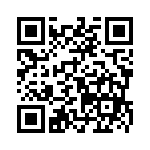