Página 10
Beginning , in reverse order , with rituals , we may note the occurrence of post -
cremation urn burials in both northern and southern Baluchistan ( Periano
Ghundai II , Mughal Ghundai III , Dabar Kot , Mehi , Sutkagen - dor - Gupta 1972 ;
Singh ...
Página 12
Horsemanship : In view of the importance of horse - drawn chariots in warfare ,
their burial alongside the dead at ... Once again , however , fractional burials are
at least as early in South Asia as in Central Asia , while fire altars on large ...
Página 200
The burial assemblages with typical Central Asian BMAC style artefacts ,
ceramics and burial type identified on the Iranian ... This situation is also found on
the western borders of the Indus Valley ; for example , the burials from Quetta (
the ... 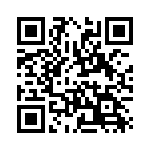