Página 103
The notion of predictability , I think , implies two concepts ; one is a kind of
forward - looking predictability , and one is retrospective predictability . If we
speak of , for instance , alliterations and repetitions which appear in a poetic text ,
we cannot ...
Página 333
If we were to take a large representative sample of English speakers , let ' s say ,
in all kinds of situations , as I ' ve called them , we ... Take any kind of measure
you wishlet ' s say something like the choice of active versus passive construction
...
Página 425
It has always seemed to me that the kind of defeated expectancies which we
consider valuable , which we call witty , which we call ironic , have a kind of
smuggled - in extra dimension . They have a sort of special appropriateness
packed into ... 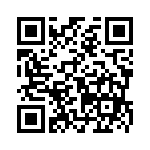